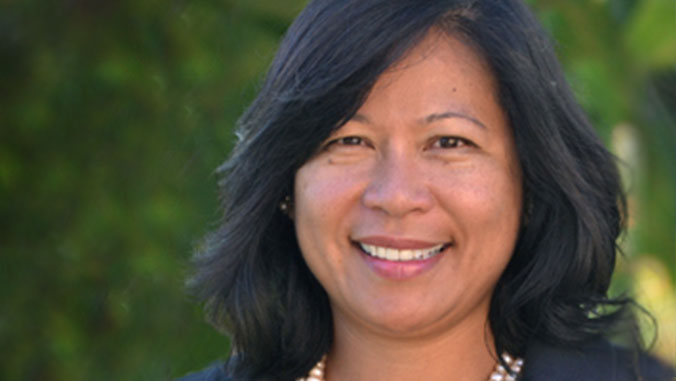 Rachel Solemsaas, chancellor of Hawaiʻi Community College, has been elected to the board of directors of the American Association of Community Colleges (AACC), the primary advocacy organization for the nation’s community colleges. Solemsaas’ three-year term begins July 1, 2021.

“I am honored to serve in this capacity,” said Solemsaas. “It is an important time for community colleges as the nation recovers from the pandemic and seeks new ways forward to a brighter future. As national policy decisions are made and economic stimulus investments are deployed, I look forward to using this position to advocate on behalf of community college students and to represent Hawaiʻi and the Pacific.”

AACC was founded in 1921 and represents nearly 1,200 two-year, associate degree-granting institutions and more than 12 million students—almost half of all U.S. undergraduates.

Solemsaas was one of six new board members elected to the AACC board in February. Board members are elected by Chief Executive Officers of AACC member institutions.

Solemsaas has previously served on the AACC Commission on Workforce and Economic Development and on the National Asian Pacific Islander Council, an affiliate council of AACC.

Solemsaas has served as Hawaiʻi CC Chancellor since 2016.