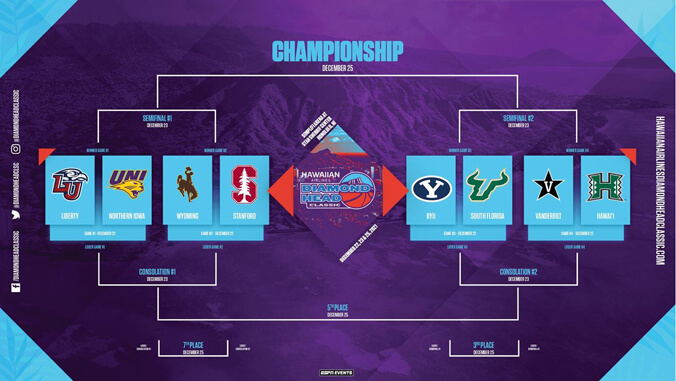 ESPN Events has unveiled the matchups for the 2021 Hawaiian Airlines Diamond Head Classic to be held December 22, 23 and 25, at the SimpliFi Arena at Stan Sheriff Center at the University of Hawaiʻi at Mānoa. The tournament, in its 13th year, will feature eight teams, with 12 games played over three days.

Go to the UH Mānoa athletics website for the brackets.

Tickets are expected to go on sale to the general public in October. Additional information can be found on the Hawaiian Airlines Diamond Head Classic website.