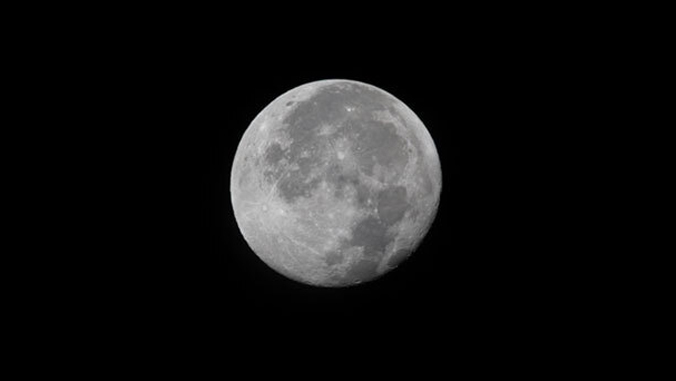 A University of Hawaiʻi at Mānoa project to detect ice deposits below the surface of the Moon received a major boost from NASA. Five scientists in the Department of Physics and Astronomy and Hawaiʻi Institute of Geophysics and Planetology (HIGP) have been awarded a three-year, $2,945,704 grant to develop technology for the NASA Cosmic Ray Lunar Sounder (CoRaLS) mission, which was initiated by UH Mānoa and NASA’s Jet Propulsion Lab.

CoRaLS hopes to be the first mission to detect subsurface ice below the first meter, therefore having a unique opportunity to further lunar science and identify crucial resources for future manned and unmanned missions to the Moon.

Given expectations from the way meteor impacts change the surface of a planetary body, the extensive ice deposits on the surface of Mercury are expected to be less than 10 million years old, suggesting that their source is sudden and voluminous. These considerations leave the possibility for extensive ice deposits below the first meter of the lunar regolith, provided that a similar sudden and voluminous source emplaced ice within the last billion years. If these ice deposits exist on the Moon, they will have been created by random impact events, and because they are random in nature, the CoRaLS mission must be able to probe deeply and across a large area.

CoRaLS is a new spacecraft concept for detecting extensive water ice deposits in the lunar regolith using the radio signals produced by ultra-high energy cosmic ray particles. The lunar regolith is continually bombarded by cosmic rays, and the most energetic of these produce strong secondary particle cascades within the regolith. These particle cascades are similar to bolts of lightning within the lunar soil, and provide a natural radio signal that can be exploited to search for extensive ice deposits.

“CoRaLS is the best and only way to probe for ice deeply and widely enough to conclusively discover or deny the existence of buried coherent ice deposits on the Moon,” said Emily Costello, a postdoctoral researcher/affiliate faculty in HIGP.

Due to the lack of a lunar atmosphere, the cosmic-ray particles enter the regolith unimpeded with their full energy, providing a unique opportunity for an orbiting spacecraft observatory to use their radio emission as a natural subsurface probe. Orbiting spacecraft can detect the resulting radio signals and make an unbiased map of the subsurface reflectivity at discrete locations spread out over the entire Moon. Since subsurface ice layers are much more reflective than other materials, ice deposits in the polar PSRs will show up as a strong enhancement of the number of signals detected there. Characteristics of those signals, such as the phase, polarization and intensity, will yield even more details about the ice—its depth and purity are among the most pressing questions.

The UH team will work with colleagues from the NASA Jet Propulsion Lab, the University of Chicago and Ohio State University on the project, which is slated to begin later this year. The funding will be focused on developing and testing new antennas and radio receiver systems that are optimized for the expected signals that CoRaLS will encounter, and are designed to survive the harsh radiation environments the spacecraft will encounter in lunar orbit.