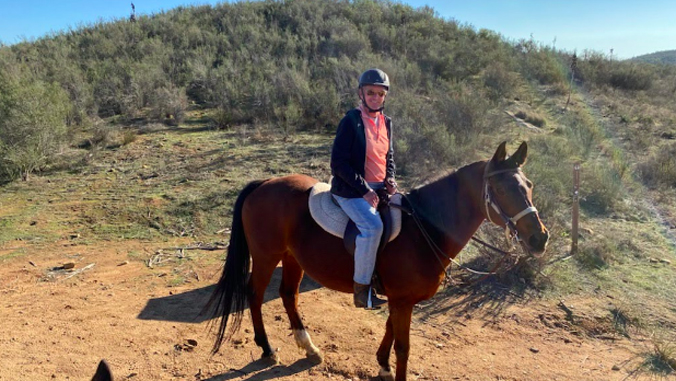 After a more than 20-year effort, one of the greatest mathematicians of this century has landed at the University of Hawaiʻi’s flagship campus. Richard Hamilton, a top scholar in the field of geometry, has joined the UH Mānoa faculty as an adjunct professor in the Department of Mathematics.

Hamilton’s main contributions are focused around geometric analysis and partial differential equations (found in math-centered scientific fields such as physics and engineering). He is most well-known for creating the “Ricci Flow,” a groundbreaking partial differential equation in geometry, which is similar to the diffusion of heat and the heat equation. Many other mathematicians have built upon Hamilton’s methods to expand our knowledge of the field of geometry.

“Richard Hamilton is one of the most original and influential mathematicians currently working,” said Department of Mathematics Professor and Chair Rufus Willett. “We are honored to have him join our department, and look forward to his having many fruitful interactions with our students and faculty.”

Hamilton is also a member of the Academy of Sciences, and received some of the most prestigious mathematics prizes. This includes the $1 million Shaw Prize split equally between Hamilton and Demetrios Christodoulou for their highly innovative works on nonlinear partial differential equations in Lorentzian and Riemannian geometry and their applications to general relativity and topology.

‘Wonderful’ first visit to the islands

Hamilton first came to Hawaiʻi in 1988 after Professor Emeritus Joel Weiner invited him to visit UH Mānoa’s math department for an academic year.

“I fell in love with the islands the first morning I woke up here,” Hamilton said. “The stay was wonderful and the department treated me great. I have in particular developed a strong relationship with Professor George Wilkens (researcher in the field of differential geometry) and more recently with Professor Monique Chyba, with whom I am collaborating on a textbook introducing the basics of differential geometry, as well as how they can be applied to many areas in mathematics, physics and engineering.”

Wilkens added, “It took many years to formalize this collaboration and count Dr. Hamilton as a member of our faculty. I cannot be more happy and delighted for our department.”

This work is an example of UH Mānoa’s goals of Excellence in Research: Advancing the Research and Creative Work Enterprise (PDF) and Enhancing Student Success (PDF), two of four goals identified in the 2015–25 Strategic Plan (PDF), updated in December 2020.