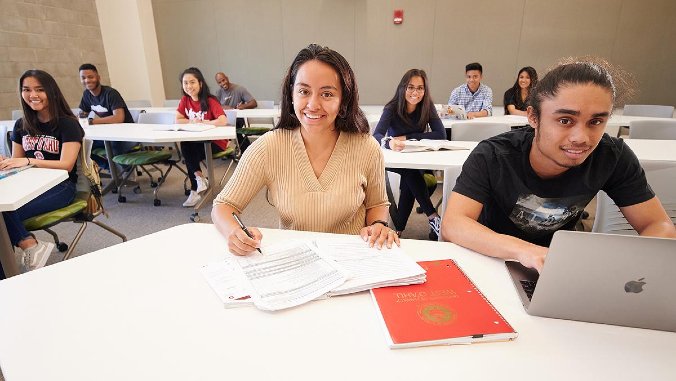 The full proposed tuition schedule can be reviewed here.

Five public meetings have been scheduled starting November 15 to explain the proposal and provide an opportunity for students, parents, faculty, staff and the public to submit feedback via oral and written testimony. The feedback will be shared with the Board of Regents before it acts on the proposal next year by approving, deferring or modifying what is presented.

Feedback can also be submitted via this Google form up until midnight, Sunday, December 4.

The last action by the Board of Regents relating to tuition was in 2016, when resident undergraduate rates were modestly increased by 1% to 2% in AY 2018–19 and AY 2019–20. Those increases were fully committed to renewal, improvement and modernization of UH facilities. At that time, some tuition rates were decreased and tuition has been frozen since 2020.

Based on testimony received, the administration may revise the proposed schedule. After the public meetings are completed on December 1, the administration will submit a tuition proposal to the BOR for approval, along with a summary of all of the testimony submitted. The regents are expected to consider the proposal in early 2023 when the public will have another opportunity to provide testimony.

October tuition presentation to board

During an informational presentation on the tuition schedule proposal at the October 26 public BOR meeting the administration stated that it was important to keep tuition rates flat for the next two academic years because the state’s economy is still in recovery and increases would create hardship for students and their families.

A modest increase starting in the fall 2025 semester was recommended when considering the rising costs of operating a 10-campus system with increasing energy costs, the high rate of inflation, consideration of tuition across the nation, and the expectation that the proposed small tuition increases would not significantly impact access to higher education.

The comprehensive presentation also included a history of tuition increases, the official process to raise tuition including board policy guidelines, historical data on the state appropriation and tuition rates, tuition rates compared to peers, projected revenues and expenditures and other financial and budget considerations.

*Non-resident rates are set at the equivalent dollar amount as the resident rate.
**Upper division rate at community colleges would be at the same rate as UH Hilo and UH West Oʻahu.