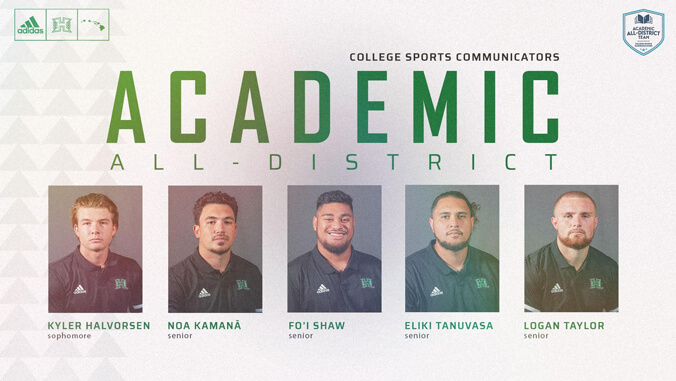 Five University of Hawaiʻi at Mānoa football players were selected to the College Sports Communicators Academic All-District Team. UH‘s five honorees are the most in a single season in program history.

To be eligible, a student-athlete must be a starter or important reserve with at least a 3.5 cumulative GPA (on a 4.0 scale) at their current institution. All five Rainbow Warriors are now eligible for Academic All-America honors.

More about the Rainbow Warrior honorees