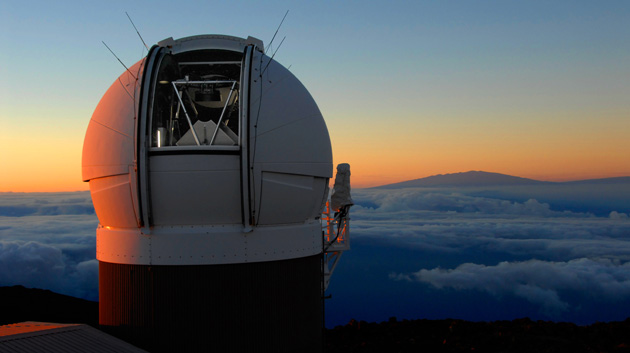 Astronomers at the University of Hawaiʻi at Mānoa’s Institute for Astronomy discovered a small asteroid that has been in an orbit around the sun that keeps it as a constant companion of Earth. The asteroid, designated 2016 HO3, was detected in April by the Pan-STARRS telescope on Haleakalā, and subsequent research into Pan-STARRS archives revealed faint images of it as far back as 2011.

Collaborating with NASA researchers from other telescopes, the Pan-STARRS astronomers worked out how the new asteroid behaves. As it orbits the sun, 2016 HO3 appears to circle around Earth as well. It is too distant to be considered a true satellite of Earth, but it is the best and most stable example to date of a near-Earth companion, or quasi-satellite. Because of its stable orbit, 2016 HO3 poses no danger to Earth.

“The object may be of interest for future space missions (including both robotic and human) because its velocity relative to Earth is quite low, making it is relatively easy to get to,” said Wainscoat. “It is much further away than the Moon, but much closer than Mars. This could be a bridge to getting to Mars, getting to this object.”

Read more about 2016 HO3 at the NASA news release.