As with any research, outsiders need to be sensitive to the role of the language in the community they are studying, and even more so in the case of Pidgin due to its history of denigration, stigmatization, and trivialization.

There are many different kinds of research that can be done to investigate Pidgin: the language itself (i.e. structure, history), how people use the language, and what people think about the language (eg positive and negative attitudes). There are many contexts in which Pidgin may be used, including:

III. Before you begin

The Pidgin community is not a homogenous entity. The term “Pidgin community” is used here to refer to speakers of Hawai’i Creole, regardless of ethnicity, socioeconomic status, or variety of Pidgin spoken.

There is no all-encompassing definition of native Pidgin speaker. Speakers of Pidgin come from all walks of life and bring with them their own notions and values of what it means to be a speaker.

It is important for the researcher to be aware that both positive and negative attitudes toward Pidgin and its speakers vary across Pidgin-speaking and nonspeaking individuals and society. Just as speakers of Pidgin vary, so do attitudes toward Pidgin as a language and symbol of cultural identity. Due to denigration and societal attitudes, some Pidgin speakers may still view Pidgin as broken English. Some Pidgin speakers are embarrassed to admit that they are Pidgin speakers. Speakers may not even be aware that they speak a separate code. One might feel pride and shame simultaneously about being a Pidgin speaker. Some local people may feel insulted to be asked to participate in research about Pidgin. Others may view Pidgin positively, embracing it as their heritage language.

Who Should Do Research on Pidgin 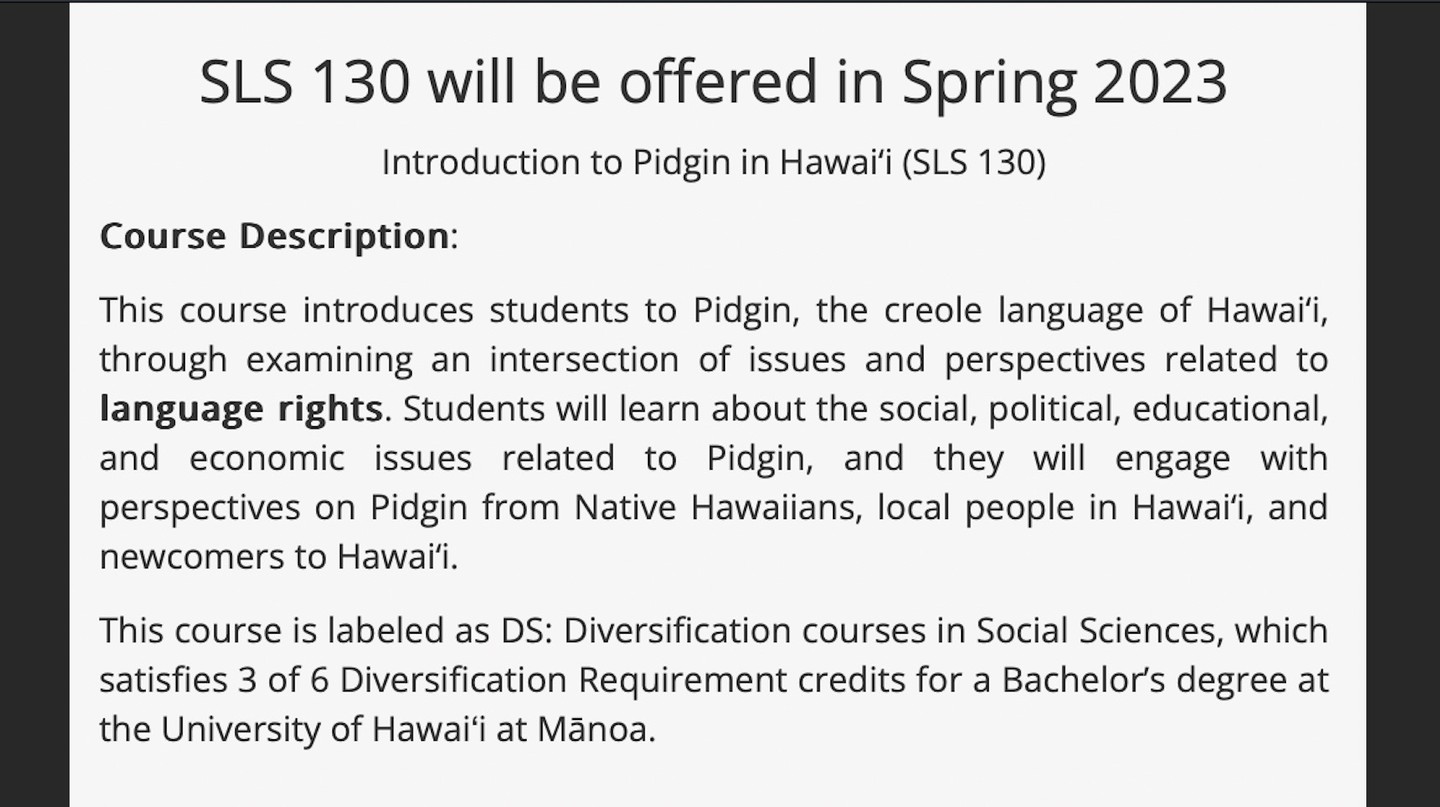 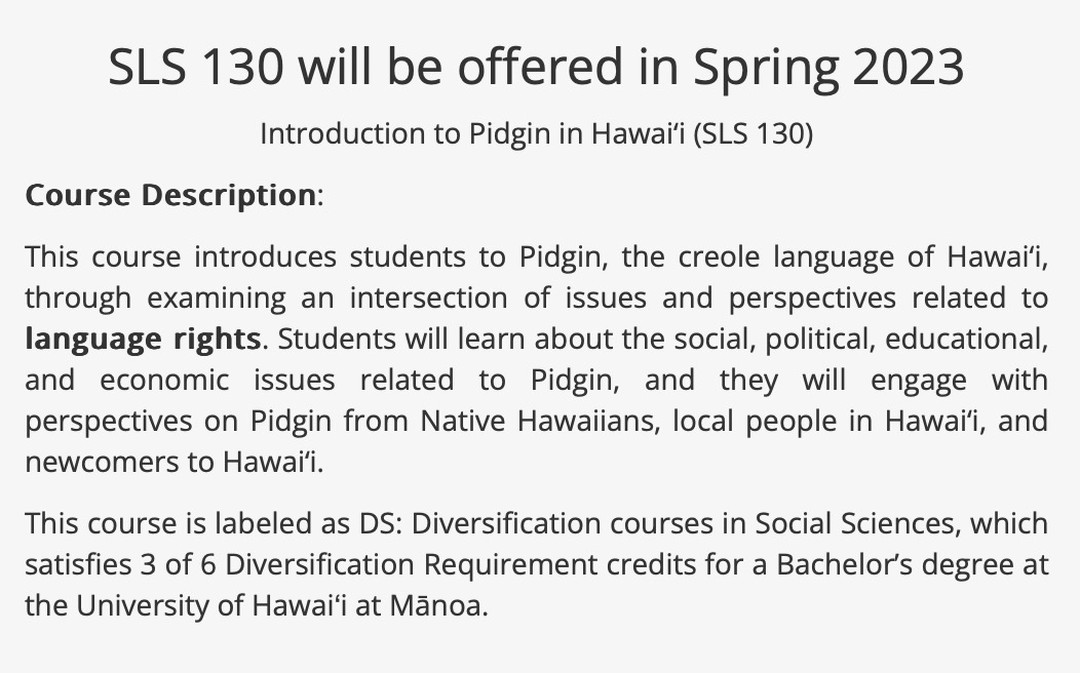