Attention Hacking: How We've All Lost Control of Our Minds 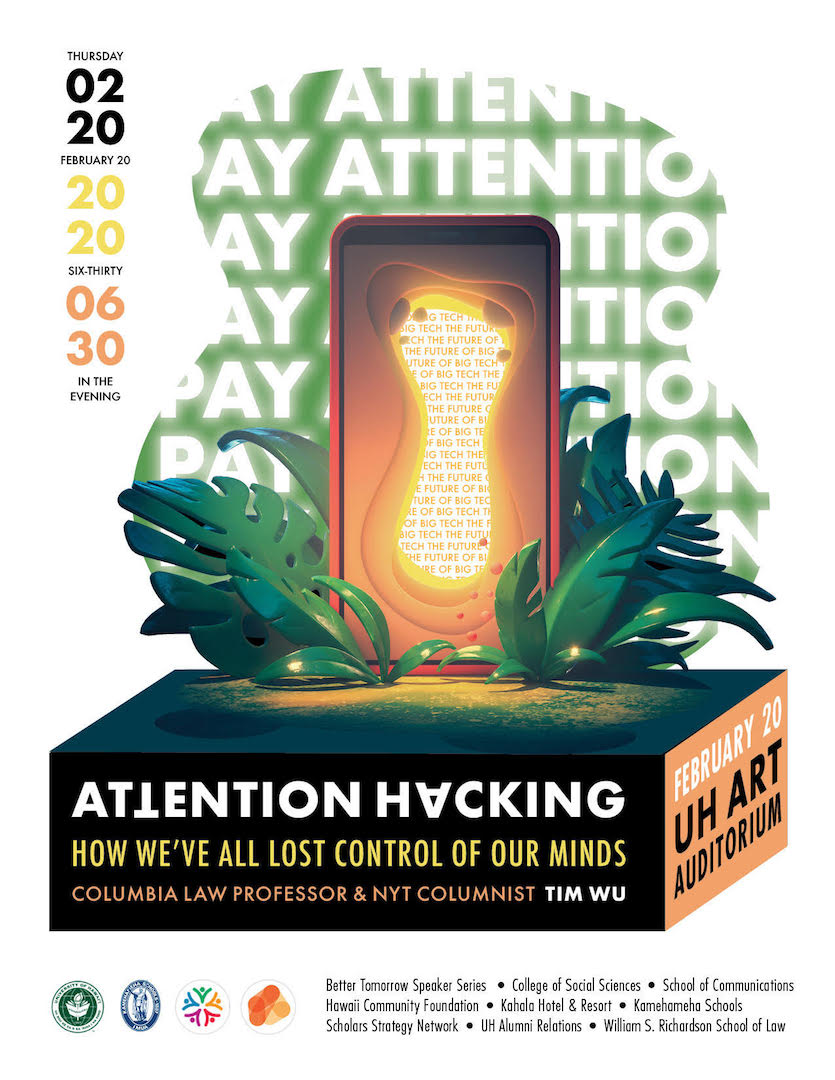 Tim Wu is an author, policy advocate, and professor at Columbia Law School. Wu’s best known work is the development of Net Neutrality theory, but he also writes about private power, free speech, copyright, and antitrust. His books The Master Switch and The Attention Merchants have won wide recognition and awards.

Wu has worked in academia, federal and state governments. He worked at the White House for the National Economic Council; at the Federal Trade Commission, for the New York Attorney General as a fellow at Google, and for Riverstone Networks in the telecommunications industry. He was a law clerk for Judge Richard Posner and Justice Stephen Breyer. He graduated from McGill University (B.Sc.), and Harvard Law School.

Wu is a contributing opinion writer for the New York Times, and was formerly a contributing writer at NewYorker.com and a contributing editor at the New Republic. He has been named to the Politico 50 twice, to America’s 100 most influential lawyers, and also won awards from Scientific American magazine, National Law Journal, 02138 Magazine. He has twice won the Lowell Thomas Award for travel writing and in 2017 he was named to the American Academy of Arts and Sciences.

Ticket Information
Free Admission, Parking is available on the UH M?noa campus for $6 after 4 p.m.