Howard (1993) defines “patchwriting” as “copying from a source text and then deleting some words, altering grammatical structures, or plugging in one-for-one synonym-substitutes” (p. 233). An excellent example of patchwriting comes from McClanahan, (2005): 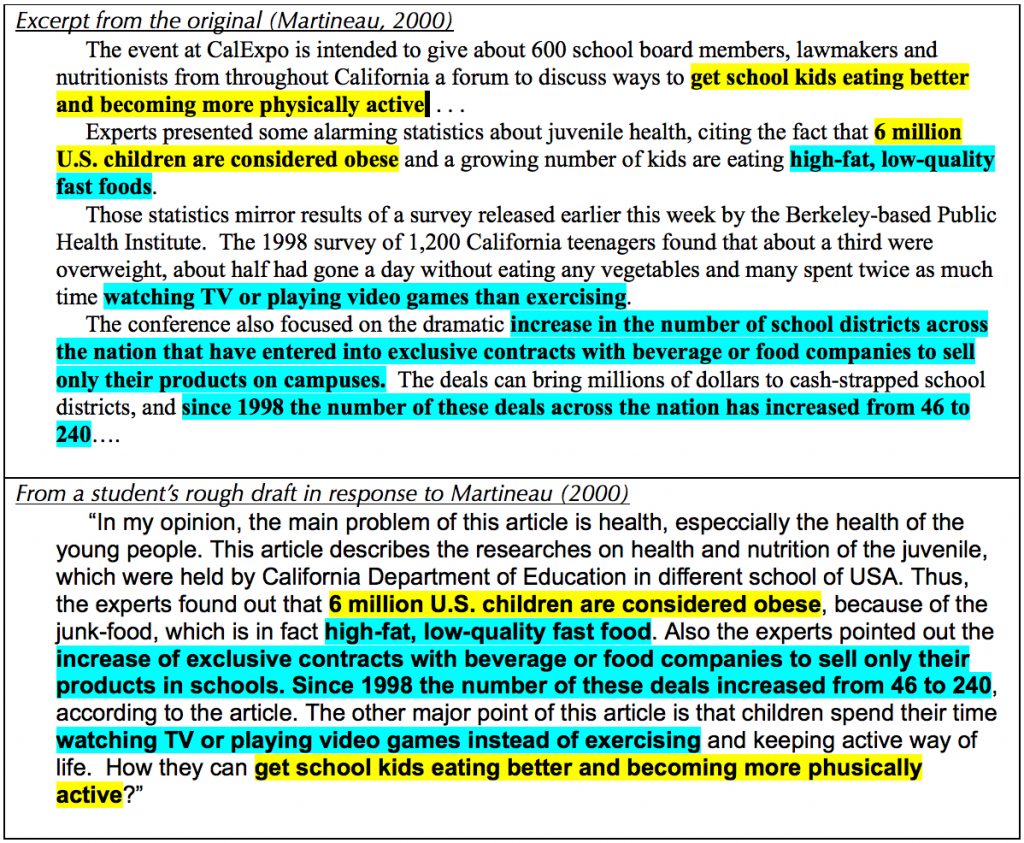 Some writers use “informed patchwriting” as a means of efficiently writing a first draft, then return later to paraphrase, summarize and quote while revising. More information on informed patchwriting can be found in the section on Recommendations for Students.

Next: Complexities Connected to Plagiarism