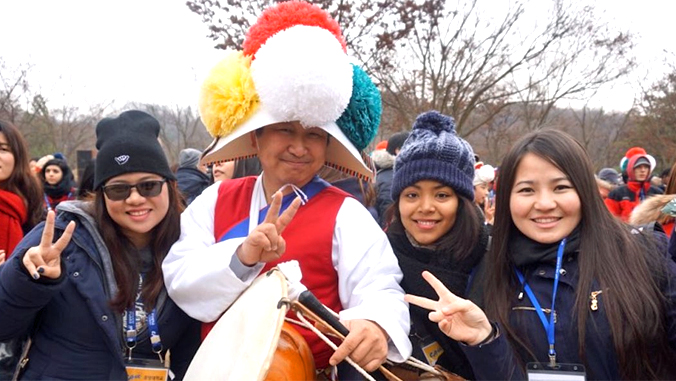 The University of Hawaiʻi at Mānoa has been awarded five Title VI International Education grants from the U.S. Department of Education, keeping the campus among an elite group of American universities with a dominant presence in international studies, especially in the Asia and Pacific region.

The five awards, totaling a combined $5 million over a four-year cycle, are:

“These grants recognize our superb programs in languages and area studies with our focus on Asia and the Pacific,” said Interim Chancellor David Lassner. “UH Mānoa is a nationally and internationally acclaimed leader in these areas, and we play a critical role in connecting Hawaiʻi and the nation with the world.”

Title VI of the National Defense Education Act of 1958 was enacted to build foreign language and area studies programs at American universities.

More on the Title VI grants

The National Foreign Language Resource Center grant was first awarded to UH Mānoa’s College of Languages, Linguistics and Literature when the program was established in 1990 and has been continuously earned since then, making UH Mānoa the oldest language resource center in the nation.

UH‘s National Foreign Language Resource Center is part of a national network to improve the learning and teaching of foreign languages. It accomplishes this through research; the development of teaching materials, including the use of advanced educational technology; and the training of professional language educators.

“UH Mānoa has once again garnered national recognition for its excellence in the fields of Asian and Pacific Islands studies,” said School of Pacific and Asian Studies Dean R. Anderson Sutton. “Winning these prestigious awards is a great honor, providing essential funding to bolster the study of these critically important world areas that figure so centrally in the educational mission of the UH Mānoa.”