The Regents’ Medal for Excellence in Research is awarded by the Board of Regents in recognition of scholarly contributions that expand the boundaries of knowledge and enrich the lives of students and the community. 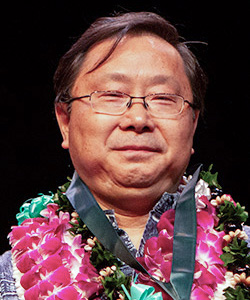 Tim Li is a professor in the University of Hawaiʻi at Mānoa Department of Atmospheric Sciences in the School of Ocean and Earth Science and Technology. He is one of most influential scientists in tropical climate dynamics worldwide. Li has published 290 professionally referred research papers and a book during his 20 years of teaching and research at UH Mānoa. As a principal investigator, he brought in $6 million of research grants to UH. He served as an advisor to 25 PhD students and 42 postdoctoral research fellows and visiting scientists in the past 20 years. Li is editor of high-impact professional journals Journal of Climate and Bulletin of the American Meteorological Society. 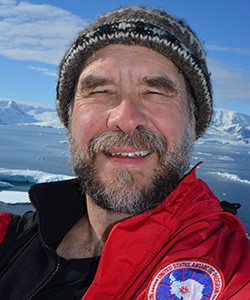 Craig Smith is a professor in the University of Hawaiʻi at Mānoa School of Ocean and Earth Science and Technology. He joined the Department of Oceanography in 1988. Smith’s research on biodiversity, ecosystem function, climate change and conservation in seafloor ecosystems ranges from Hawaiian mangrove communities to abyssal habitats targeted for seafloor mining. Among his major research accomplishments include the design and implementation of a network of marine protected areas covering 1.44 million km2 to protect the biodiversity of abyssal ecosystems in the face of deep-sea mining. At UH, Smith has led 66 oceanographic research expeditions to sites spanning equatorial waters to below the Antarctic circle, received 52 research grants totaling about $14 million and published more than 180 scientific papers in the peer-reviewed scientific literature. 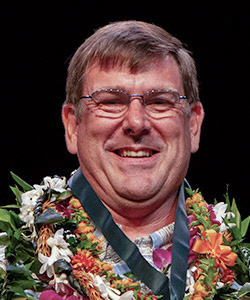 Robert Toonen is a professor at the Hawaiʻi Institute of Marine Biology in the University of Hawaiʻi at Mānoa School of Ocean and Earth Science and Technology. He joined the faculty in 2003 and formed a joint laboratory with Brian Bowen, affectionately known as the “ToBo” lab. His research interests are diverse and touch on many aspects of marine biology. During his time at UH Mānoa, Toonen has been an author on more than 200 peer-reviewed publications and has served as a principal investigator on more than 50 extramural grants totaling more than $25 million. He advised 48 graduate students and postdoctoral researchers, 11 of whom are now in tenure-track positions of their own.