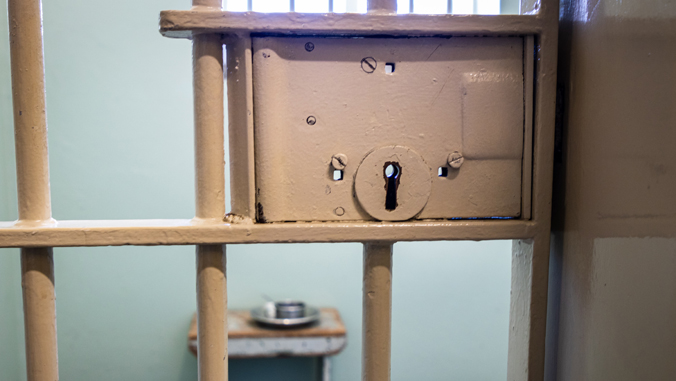 Is the U.S. prison system effective or is it broken? A University of Hawaiʻi at Mānoa sociologist was featured in a national panel to discuss how attitudes toward mass incarceration have changed over time.

Associate Professor Ashley Rubin in the Department of Sociology spoke in the online panel on March 23 alongside Morgan Godvin, an engagement editor with JSTOR Daily. Rubin’s research focuses on criminal punishment, with particular interest in explaining penal trends over time. Godvin is formerly incarcerated and now dedicates herself to the intersection of journalism, history and mass incarceration. The event was hosted by Knowable Magazine and drew nearly 1,000 viewers.

The panel addressed the history of prisons compared with jails. Rubin explained that prisons have existed for approximately 250 years, while jails have been around for much longer. Both terms, however, are often used interchangeably. Rubin explained that prisons are places that punish those who have been convicted of a serious crime by long term confinement. However, for jails, punishment was only one of the reasons why people were placed there. Other reasons include people awaiting trial, awaiting punishment if they still owed fees or fines, or people who just lived on the margins of society such as orphans, older people or people with disabilities, and people were not always kept for long periods of time.

“Even today, you ask ‘what’s the purpose of the prison? Is it rehabilitation? Is it incapacitation?’ The laws say one thing and then public opinion says another thing, but even public opinion is divided,” Rubin said. “…When you go through history and you say ‘well, what was the purpose of prison at different times?’ You can only really look at what the most popular purpose was, or what really got written down or had some sort of difference made in terms of shaping penal policy.”

Lack of rights for prisoners

Rubin and Godvin also discussed why mass incarceration has disproportionately affected communities of color and the lack of rights for prisoners.

“Historically, prisoners had no rights. The technical legal term for this is civil death,” Rubin said. “The idea is that if you commit a crime and you go to prison, for the duration of your prison sentence, you have no rights.”

Based on previous research, Godvin added, “I have seen 200 years of incarcerated people trying through the pen to get the word out about what’s really going on inside. What does it really feel like to be in prison? What’s happening? How this system is not geared towards rehabilitation but is geared towards punishment, and how that does not actually motivate toward establishing safer and healthier communities.”

Prior to a brief question and answer session, Rubin and Godvin addressed the modern prison reform movement, which includes seeking alternatives to incarceration and changes to the current penal system.

“Getting people to look at our history, take that seriously and learn from our mistakes,” Rubin said. “The fact that the prison has failed repeatedly is a recurring theme and understanding why does it keep failing? And why do we keep expecting it not to fail?”

Rubin added, “Because we are in mass incarceration—historically unprecedented and internationally uncommon rates of incarceration—we’re facing a really big battle. …If we try to decarcerate at the rate that we have done over the last couple of years (partly because of the pandemic and partly before then), it’s going to take almost a hundred years to get back to our prison population in the 1990s, which was already mass incarceration.”

Visit the Knowable Magazine website to see a Q&A article with Rubin, published on March 18.

The Department of Sociology is housed in UH Mānoa’s College of Social Sciences.

Rubin’s work is an example of UH Mānoa’s goal of Excellence in Research: Advancing the Research and Creative Work Enterprise (PDF), one of four goals identified in the 2015–25 Strategic Plan (PDF), updated in December 2020.