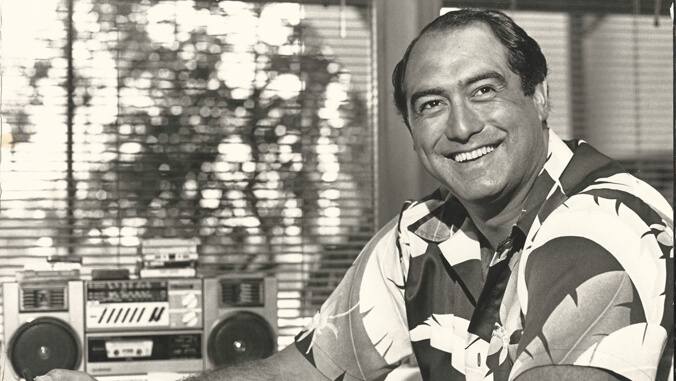 A powerful voice, once-in-a-generation, sports phenom—just a few of the superlatives used to describe the former pro-football standout and University of Hawaiʻi leader Rockne Freitas, who died on June 8, 2022, at the age of 76.

Freitas, who towered over others at 6’6”, was a pioneer in Native Hawaiian advancement in both higher education and professional sports. He graduated and played football at Kamehameha Schools and Oregon State University and had a stand-out career with the NFL’s Detroit Lions.

After returning to Hawaiʻi he served in multiple roles in the UH Mānoa Athletics Department, including a brief stint as athletics director and then as vice president of University Relations. Along the way, he earned master’s and doctoral degrees in education from UH Mānoa.

“Rockne is truly one of a kind. Someone like him comes around once in a generation,” said former UH President Albert Simone, who hired Freitas to serve as vice president for university relations in 1990. “I recalled him at the State Capitol, often several times a week at 11:00 p.m. and later, meeting with key legislative leaders, assisting them in their work and me in our work together at UH. I concluded then, and this conclusion was reinforced multiple times, that he would add remarkable benefit to the UH mission and that my own work would be so much improved with him at my side.”

Following service with the Ke Aliʻi Pauahi Foundation, Freitas returned to UH as chancellor of Hawaiʻi Community College in 2004, vice president for Student Affairs and University Community Relations in 2010 and chancellor of UH West Oʻahu from 2013 until his retirement in 2015, after nearly 23 years of service to the university. 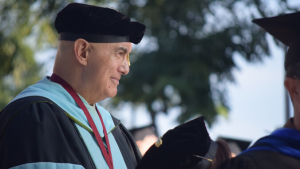 “Rockne Freitas’ legacy is his strong advocacy, actions and accomplishments for the advancement of Native Hawaiians and other underserved and underrepresented populations with opportunities to succeed academically, financially, culturally and in leadership in the university and in the community for current and future generations,” said Doris Ching, former UH vice president for student affairs.

Freitas worked to inspire Native Hawaiian students’ academic success as a means to elevate the economic and leadership status of Native Hawaiians in the State of Hawaiʻi. Ching said Freitas envisioned UH as the world’s model Indigenous-serving higher education institution in leadership development and community engagement.

“Hawaiʻi has lost a powerful force for equity and access in higher education,” said UH West Oʻahu Chancellor Maenette Benham. “Throughout his career he advocated for the underdog! As the chancellor of UH West Oʻahu he was devoted to our west-side families and communities, and to the brilliance and potential of this campus.” 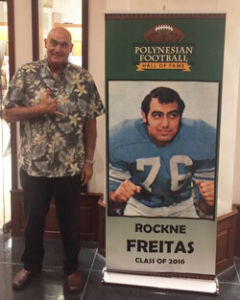 Among his many honors, Freitas was recognized as a Distinguished Alumnus of both UH and Oregon State University, and was inducted into the Polynesian Football Hall of Fame.

“He wanted to break barriers,” said son Makai Freitas. “He felt that athletics was not the end—athletics should be used to open doors and education should be a key component in that advancement.”

Freitas would often tell his sons that only good things come from hard work. Makoa Freitas, who also had an NFL career as an offensive lineman, remembers that when he and his brother had to mix cement, it was always by hand because that was what was expected. Both sons say their father always brought his work ethic to every endeavor.

“He always tried to help others,” Makoa Freitas said. “Most of us offensive linemen—we don’t get the glory, and that’s okay. I think he had the same principles off the field that he would help as many people as he could and he didn’t care if he got the credit.”

Freitas is survived by his wife Leinaala, two sons and six grandchildren. 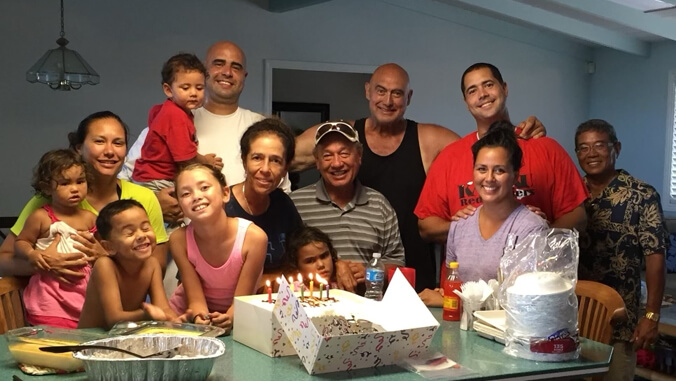