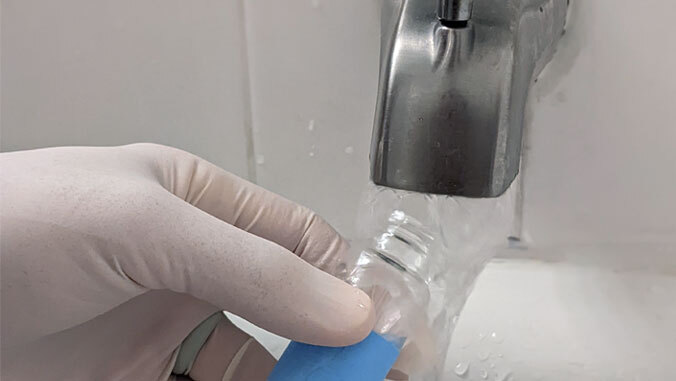 The University of Hawaiʻi Red Hill Task Force has launched a Tap Water Screening Dashboard that displays data on potential fuel-based contaminants in water screened by UH experts and is intended to help the public better understand the quality of their tap water. The interactive dashboard allows the public to track water sample findings over time and provides visual maps and graphs used for screening analyses as well as downloadable data.

The UH Red Hill Task Force operates out of the UH Mānoa Water Resources Research Center (WRRC), which is leading water quality analysis and method development, and is coordinating the sampling and analysis with partners at Leeward Community College and the Center for Microbial Oceanography: Research and Education at UH Mānoa.

The fluorescence spectroscopy method used by UH researchers is designed as a preliminary screen that is complementary to more selective EPA approved methods. The benefit of the fluorescence approach is that it allows for the rapid screening of a large number of samples for potential contamination, taking as little as five minutes per sample. The caveat is that fluorescence-based methods are not specific to petroleum products. Rather, it is measuring the fluorescence produced by one or more chemicals typically present in fuel.

The method flags samples with trace concentrations of dissolved contaminants, as low as 10 parts per billion. This is lower than the Hawaiʻi Department of Health (HDOH) Environmental Action Level (EAL) of 266 parts per billion Total Petroleum Hydrocarbons (TPH). While fluorescence spectroscopy has long been used to track oil spills in the ocean, this may be the first time it has been applied to household tap water, according to the UH researchers. Data presented on the Tap Water Screening Dashboard indicate the presence of contaminants, but do not provide information about the source of the potential contamination.

For positive detections, follow-up targeted testing by an EPA-certified lab is recommended. A positive detection using fluorescence spectroscopy is like getting a report of a shadow on an X-ray. This would prompt follow up tests to confirm the result and provide more specific information. The interpretation of results would take into consideration various risk factors. The preliminary screening results displayed on the dashboard enable proactive communication and coordination with regulatory agencies and gives the public near real time access to data on their drinking water. The university is in ongoing discussions with HDOH about collecting paired samples to enable streamlined follow up for positive detections.

“Our research fills a critical analytical capacity gap in the state of Hawaiʻi to identify, quantify and screen for contaminants including petroleum hydrocarbons,” said Tom Giambelluca, WRRC director. “Currently, the existing monitoring framework in Hawaiʻi in response to the Red Hill water crisis relies on off-island analysis of water samples for fuel detection with turnaround times of up to four weeks.”

The method used by the UH task force enables rapid screening of large numbers of samples at low cost, and results are ready within a few days of sampling, according to Giambelluca.

“This rapid turnaround time for sample collection, laboratory analysis and reporting of results to the community and regulatory agencies enables faster response to the contamination crisis and can also trigger actions to safeguard public and environmental health and the integrity of drinking water and environmental resources,” said Giambelluca.

A preliminary finding from the screening is the detection of fluorescence resembling JP-5 in a small percentage of Navy system tap water samples. These positive detections were not uniform over space or consistent through time, but indicate households or neighborhoods where follow-up water quality analysis would be valuable. The UH task force researchers have been analyzing community-contributed samples since November 2021 and collecting samples since February 2022. Of those samples, there have not been any positive detections in tap waters from households receiving water from the Honolulu Board of Water Supply.

“In addition to tap water screening, future work targeting groundwater and other environmental samples could lead to a better understanding of how contaminants move underground across space and time, change and interact with the environment, and impact ecosystems and public health over time. Characterizing the spatial and temporal patterns of the contamination can help us understand the underlying processes driving these patterns,” said Giambelluca.

University researchers formed the task force in December 2021 in response to the contamination of the drinking water supply from the Red Hill shaft on Oʻahu. The dashboard allows for open and transparent exchange between UH researchers and the communities they serve.