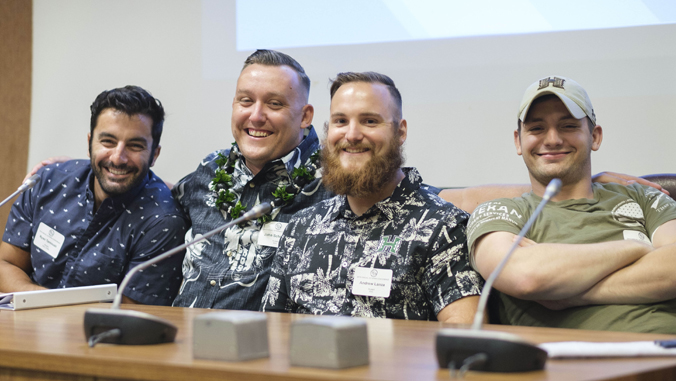 The Office of Veteran Student Services at the University of Hawaiʻi at Mānoa and members of the UH System Veteran Task Force hosted the spring 2019 Annual Veteran Conference at the East West Center on April 26 and 27. The conference theme was Supporting Today’s Veterans and Understanding their Diversity.

The conference was well attended and included faculty, staff and students within the UH system campuses and several private universities. Kenith Scott, the director of Veteran Student Services and the UH System Veteran Task Force says they intend to host the conference again in spring 2020.

“We believe veterans have a vital role to play in society and we know UH can be a place to facilitate that transition,” Scott said. “We look forward to expanding how veterans can enhance their experiences with new skills and education while also providing the support they deserve.”

In addition, the conference recognized three individuals for their commitment to supporting student veterans in the University of Hawaiʻi System.

Student Veteran of the Year

Mary Campbell served 24 years in the United States Army retiring as a lieutenant colonel. Campbell served as the Student Veteran Organization secretary at the University of Hawaiʻi at Mānoa and led the student group to become the most active student veteran organization in the state of Hawaiʻi through her leadership and commitment to excellence.

Outstanding Veteran Faculty and Staff of the Year

Kristine Qureshi is the associate dean of research and director of global health at the School of Nursing and Dental Hygiene at UH Mānoa. Qureshi serves as the principal investigator of the Veterans to Nurses program and has awarded over a hundred thousand dollars in extramural funding to student veterans in the UH nursing consortium. She supported the creation of the student veteran lounge at UH Mānoa with federal grant money. 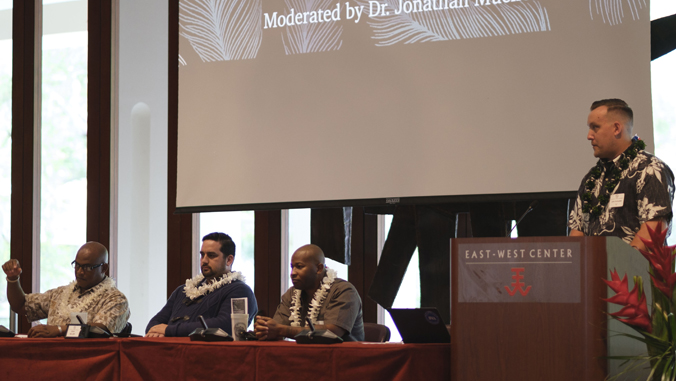