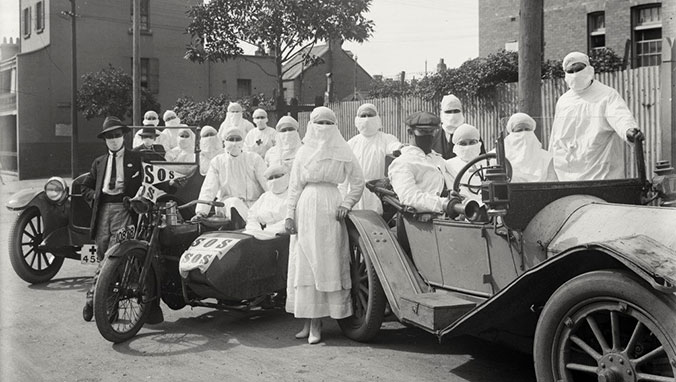 The last global pandemic before COVID-19, the 1918 flu, also called the Spanish Flu, had a significant impact on Hawaiʻi, claiming more than 2,300 lives while actually peaking in 1920. That’s according to University of Hawaiʻi at Mānoa associate history professor and department chair Shana Brown, who teaches a course titled World History of Human Disease.

The overall death rate in Hawaiʻi, a U.S. Territory at the time, was the same as the continental U.S., but experts say that there are more differences than similarities between the two pandemics.

“We are fortunate to have a larger medical and scientific research community in Hawaiʻi than a century ago,” said Brown. “The government and public response to COVID-19 including social distancing, stay-at-home orders, encouraging remote work and wearing face masks in public seems much more consistent and well-informed than a century ago, and that may argue for better outcomes.”

The flu pandemic in Hawaiʻi

The 1918 flu pandemic was one of the worst pandemics in history and broke out as World War I was coming to an end. 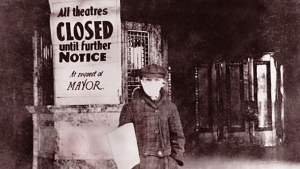 “This strongly shaped the response of governments at the time, including the Territorial Government of Hawaiʻi,” said Brown. “Due to concerns over damaging morale during the war, the U.S. government initially curtailed press reporting of influenza and the Territorial Government resisted labeling the situation an epidemic. The situation in Hawaiʻi was further complicated by the 1920 labor strikes. Sugar plantation workers and their families were expelled from plantations and moved into makeshift housing in urban Honolulu. The unsanitary and crowded conditions likely led to further spread of diseases.”

There was also debate as to whether places like schools, churches, movie theaters and restaurants should be closed. “Many public places were closed for a time, but then reopened in 1919, and the situation remained in flux,” added Brown.

Despite the rapid emergence of the disease, news reports of the flu outbreak at the time were described as “generally upbeat and glossed over the real situation,” to boost public morale. 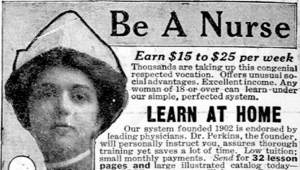 The shift now to online education due to COVID-19 is following a pattern similar to the 1918 flu outbreak. Remote education was made available via subscription, delivered by the U.S. Postal Service.

“Back then, even nurses could be trained by subscription courses. Higher education has always provided a key public service, in times of crisis, by educating the people we need across society,” said Brown.

Brown added while the experience of disease is always difficult at the time, pandemics can also create opportunities for important and lasting change. “They are the original social and political disruptors, and sometimes that can be really positive,” she said.