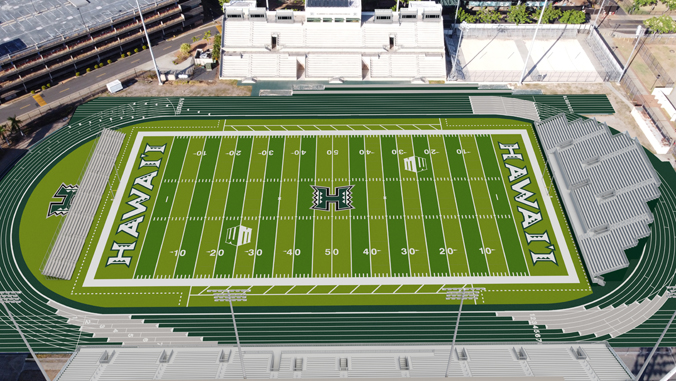 City and County of Honolulu officials have notified the University of Hawaiʻi that fans will not be allowed at UH Mānoa’s season-opening events due to the state’s recent record surge in COVID-19 cases and the resulting overwhelmed hospital capacity.

The decision to host fans will be re-evaluated in the coming weeks.

“We are disappointed because we were looking forward to playing in front of our fans again,” UH Mānoa Athletics Director David Matlin said. “However we understand the decision was made in the best interest of public safety and can only hope the restrictions will be lifted when the time is right.”

Ticket refund policy will be forthcoming and season ticket holders who were affected will be notified of their options.

“It is no secret I have been a lifelong supporter of UH Athletics, and its football program especially. So it is with great disappoint and regret to decide not to allow spectators in the stands to start the upcoming fall season for all sports,” Honolulu Mayor Rick Blangiardi said. “However, it is a fluid situation and we will continue to evaluate based on current conditions and impacts in the healthcare community. All is not lost for the fall sports season, but we are urging people to get vaccinated now.”