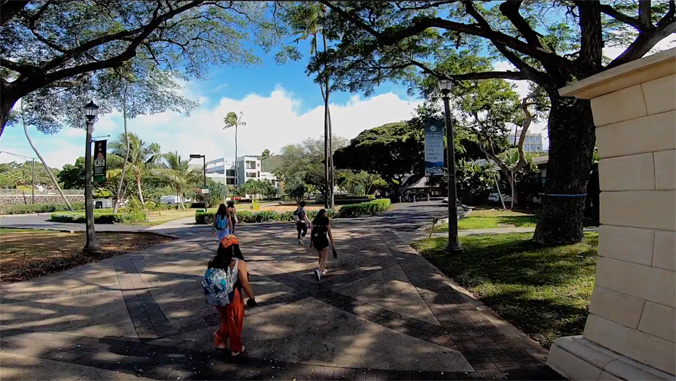 Students at the University of Hawaiʻi 10-campus system feel safer overall from sexual harassment and gender-based violence, according to the latest and third biennial student campus climate survey on the prevalence of sexual harassment, domestic and dating violence, stalking, and non-consensual sexual contact.

About 17% of 40,122 adult students completed the survey, the highest response rate in UH’s three biennial campus climate surveys, even with the COVID-19 pandemic. The survey asked students about their experience while enrolled at UH. Specifically during the fall 2020 semester and the first two months of the spring 2021 semester, four out of five students reported less in-person contact at the time of the survey as the majority of courses were online due to COVID-19.

The key findings of the 2021 survey include:

“Though these findings are very encouraging, especially the decrease in cases and greater awareness of student resources, we still have room for improvement and work to do to provide safer discrimination-free campuses,” said UH President David Lassner. “I am confident that each campus will utilize the more granular data to increase awareness of rights and resources and develop other programs to improve their campus environments.”

The 2021 student survey is helping UH campuses assess the effectiveness and update the action plans developed by the individual campuses after the inaugural 2017 survey and 2019 survey. Regularly surveying students about sexual harassment and gender-based violence is considered a national best practice, and UH was among the first in the nation to survey an entire university system. The Hawaiʻi-based OmniTrak Group Inc. conducted the survey.