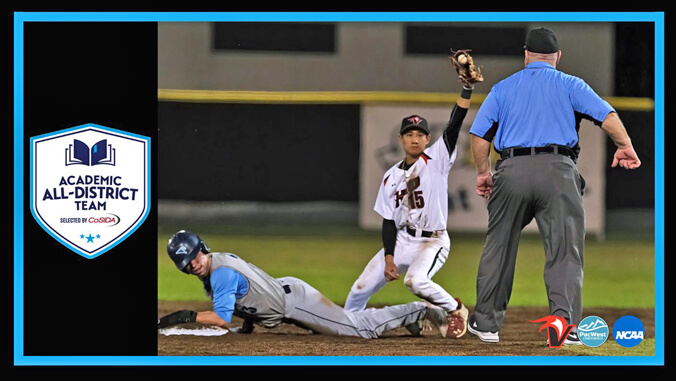 Yamauchi is one of 12 players named to the team from the NCAA Division II west region, which encompasses all teams from the Pacific West Conference, the Great Northwest Athletic Conference and the California Collegiate Athletic Association.

Yamauchi has a 3.70 grade point average in his double major of kinesiology and communications. He currently leads the PacWest in batting average at .403 and ranks 13th in the country with 21 doubles.

For more information go to the UH Hilo athletics website.