A University of Hawaiʻi at Mānoa American studies and art history professor emeritus is expanding awareness around the fragility of Hawaiʻi’s flora and fauna with his latest published work. 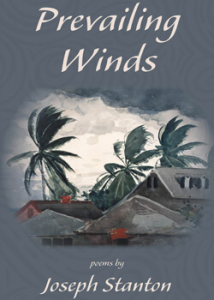 Joseph Stanton released the poetry book Prevailing Winds, this spring. The collection of poems are based on the award winning author’s fascination with works of art and nature, and spotlights many bright and some hauntingly dark glimpses.

“I have been especially concerned with drawing attention to Hawaiian honeycreepers and other birds in these islands that have gone extinct or are in danger of extinction,” Stanton explained. “I am hoping that readers will find that what has interested me is of interest to them.”

According to Stanton, his poem, “The Last Kauaʻi ʻŌʻō,” appears to be striking a strong chord with readers. The native bird disappeared from the Garden Isle’s forests in 1987, its extinction closely linked to predators ranging from rats to mosquito-borne diseases.

Stanton’s enchantment with the diversity of the islands began after arriving in Hawaiʻi in 1972, the same year he started working at UH Mānoa. His teaching career took off in the 1990s at the university and spanned more than two decades until he retired in 2019.

“In every class I taught I found my knowledge of the subject to be deepening. To explain a work of art or a historical event involves telling a story. I found that every time I told a particular story I understood its details and implications better. Teaching is one of the best ways to continue learning,” Stanton said.

Stanton’s seven books of poems include Moving Pictures, Things Seen and A Field Guide to the Wildlife of Suburban Oahu. Among his scholarly books are Looking for Edward Gorey and The Important Books: Children’s Picture Books as Art and Literature. Among his scholarly publications are studies of American artists—including Winslow Homer, Edward Hopper and Edward Gorey.

Prevailing Winds is available at Amazon.com, BookEnds Bookstore in Kailua and Barnes & Noble Booksellers at Ala Moana Center.