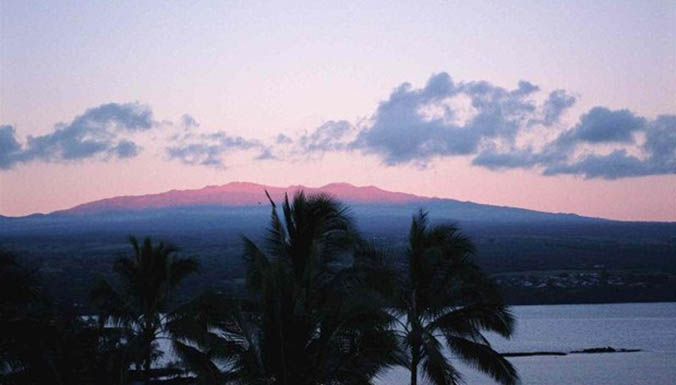 Editor’s update, June 19, 2020: The final resolution that was approved differs slightly from the draft including in this story as adjustments were made based on public and stakeholder feedback. The approved resolution can be found in the November 7, 2019 UH News story on the adoption of the resolution.

The proposed draft of the administrative rules for University of Hawaiʻi-managed lands on Maunakea is now available for public review along with related supporting materials. These materials include the Board Action Memo, a draft of the rules, and a matrix summarizing the changes made to the draft after the last two rounds of public hearings. In addition, the materials include an annotated version of the proposed rules that shows where they match with the existing Department of Land and Natural Resources (DLNR) Forest Reserve and Natural Area Reserves rules, which apply to adjacent lands managed by DLNR on the summit of Maunakea.

The UH Board of Regents will consider the draft rules for adoption on Wednesday, November 6, 2019, at its regular meeting scheduled for 9:30 am, at UH Hilo’s Performing Arts Center. At that meeting, the regents will also consider a proposed resolution regarding the stewardship of Maunakea that lists 12 action items for UH leadership and a timeframe for completion.

Testimony on the agenda items may be submitted by email at bor.testimony@hawaii.edu and/or orally in person at the meeting. After reviewing and hearing the testimony at the November 6 meeting, the regents could adopt the latest draft, request a third round of formal public hearings on new draft rules that are substantially different from the current draft, or defer decision-making. If adopted by the regents, the rules will advance through the remainder of the administrative rules process to Gov. David Ige for final approval.

The purpose of the proposed administrative rules

The first round of four public hearings on the initial draft of the administrative rules was held in September 2018 on Hawaiʻi Island, Maui, and Oʻahu. A revised draft was prepared based on the comments and concerns received during those public hearings. The revised draft was then shared with stakeholder groups and the public during a three-month, informal outreach process that began in January 2019.

A second round of four public hearings was held in June 2019 on Hawaiʻi Island, Maui, and Oʻahu. In addition to comments and suggestions received from outreach and consultation, the latest draft will include revisions based on 738 written submissions collected, and 225 oral testifiers recorded, during the two rounds of formal public hearings in 2018 and 2019.

The proposed resolution regarding the stewardship of Maunakea was drafted by the BOR Maunakea Governance Permitted Interaction Group, which was formed in August 2019 and is intended to be dissolved following submission of its report and a proposed resolution to the BOR for its consideration.

The group, consisting of six regents, proposed the resolution after engaging with university administration, government officials and outside advisors and looked into issues related to the university’s stewardship and governance activities on Maunakea. At the Nov. 6 meeting, the regents may adopt or amend the Maunakea stewardship resolution, or defer a decision.