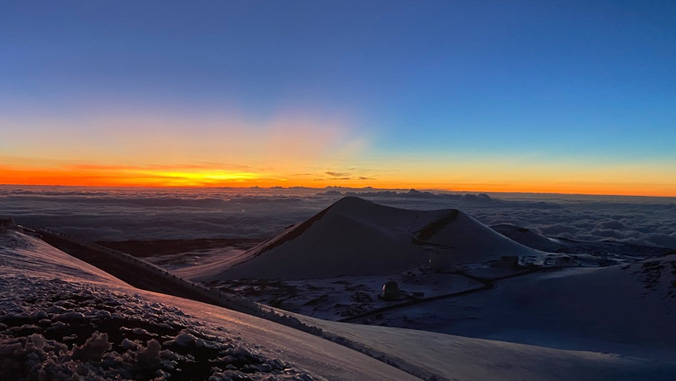 A working group formed by the Hawaiʻi House of Representatives released a draft report (PDF) on Friday, December 17 recommending the University of Hawaiʻi be removed from managing state lands on Maunakea. The UH Center for Maunakea Stewardship (CMS) oversees cultural, scientific and educational resources which covers about 11,300 acres of the mauna.

The Maunakea Working Group intends to introduce legislation during the 2022 session to enact its proposal.

Among some of its recommendations outlined in the draft report (PDF):

The summit of Maunakea currently hosts 13 astronomical observatories within the science reserve area. The first of two telescopes are in the process of being decommissioned and are tentatively scheduled to be completed by late 2023.

“Many of the criticisms about UH are not necessarily tied to our management but they’re tied to this larger issue of whether people want to see a future for astronomy on Maunakea, whether they want to see observatories up there,” said Greg Chun, executive director of CMS. “That is not a management question. That is a policy question that the state of Hawaiʻi has to decide on.”

In the 1960s, under the leadership of Gov. John Burns, the state determined that it wanted to support astronomy on Maunakea and aspired to create a world-class program of education and research in astronomy. The university has achieved that and understands fully that the privilege of stewardship carries an even greater responsibility to mālama, to care for, Maunakea because of its unique heritage and resources.

On Thursday, December 16, an update on the integral strides and commitment to ongoing stewardship on Maunakea was provided to the UH Board of Regents (BOR). The BOR also formally received the draft Master Plan (PDF) for UH-managed lands on Maunakea, which is a proposed framework for aligning land-use decisions in a manner that is consistent with UH’s mission and purpose. The master plan requires board approval and would replace the Master Plan the BOR adopted in 2000.