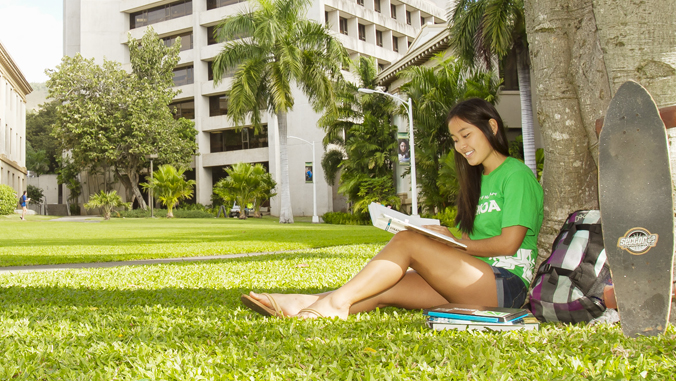 The University of Hawaiʻi at Mānoa has been internationally recognized as one of the world’s top universities across multiple subject areas, including linguistics, anthropology and geology, according to the 2022 Quacquarelli Symonds (QS) World University Rankings by Subject released on April 6.

UH Mānoa placed in the world’s top 100 and the country’s top 25 in five narrow subject areas:

“It is very satisfying and appropriate that so many of our programs are recognized by Quacquarelli Symonds as among the top in the world. This recognition is a testament to the high level of academic and research excellence displayed by our faculty, students and staff,” UH Mānoa Provost Michael Bruno said. “While we are always pleased to be ranked highly, it is important that we focus on the fact that Hawaiʻi has, right here in the islands, a university that is among the world’s leaders across a wide variety of disciplines. You don’t have to leave Hawaiʻi to get a world-class education.”

United Kingdom-based QS is considered one of the most prestigious ranking entities in higher education. QS selected 1,543 institutions to evaluate out of more than 26,000 colleges and universities for its 2022 World University Rankings by Subject using four factors: academic and employer reputation, number of research citations per paper, international research network and the h-index, which measures the stability and impact of published work.

These rankings are the latest in a series of high marks from QS. In QS’s latest World University Rankings released in June 2021, UH Mānoa placed No. 62 nationally and No. 340 out of more than 26,000 colleges and universities worldwide (or the top 2%).

For a full list of QS subject rankings and for more information, visit the Mānoa Institutional Research Office website.

These rankings are an example of UH Mānoa’s goals of Enhancing Student Success (PDF) and Excellence in Research: Advancing the Research and Creative Work Enterprise (PDF), two of four goals identified in the 2015–25 Strategic Plan (PDF), updated in December 2020.