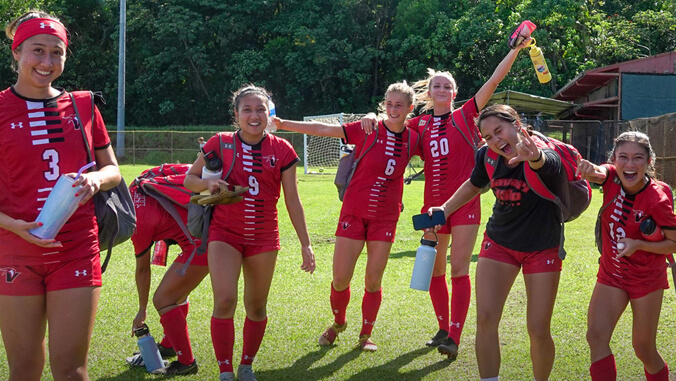 The University of Hawaiʻi at Hilo women’s soccer team earned a 2021–22 United Soccer Coaches Team Academic Award. The Vulcans posted a 3.40 team GPA to rank 373 of the 502 women’s teams awarded.

Twenty Vulcans were also named to the 2021–22 PacWest All-Academic Team in June for reaching a minimum 3.0 cumulative team GPA with at least two semesters at UH Hilo and having played in at least one game.

The Vulcans will begin their season on September 1 as they look to defend their PacWest Conference Championship with home matches taking place on their new on-campus field.

For more, read the story at hiloathletics.com.