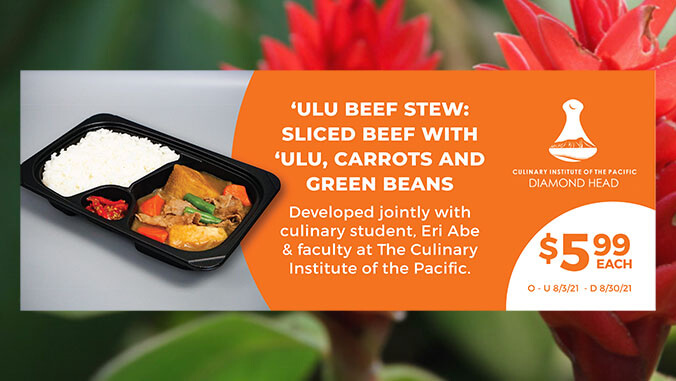 “I hope people taste this bento,” Abe said after winning. “Many people don’t know breadfruit like ʻulu, so I want people to know about the vegetables.”

“This is the third year that we have partnered with Kapiʻolani Community College and our second year with Leeward Community College,” Soon said. “Year after year,
we have seen a lot of enthusiasm, pride and creativity from participating students.”

Abe and Shim both graduated from Kapiʻolani CC in the spring.